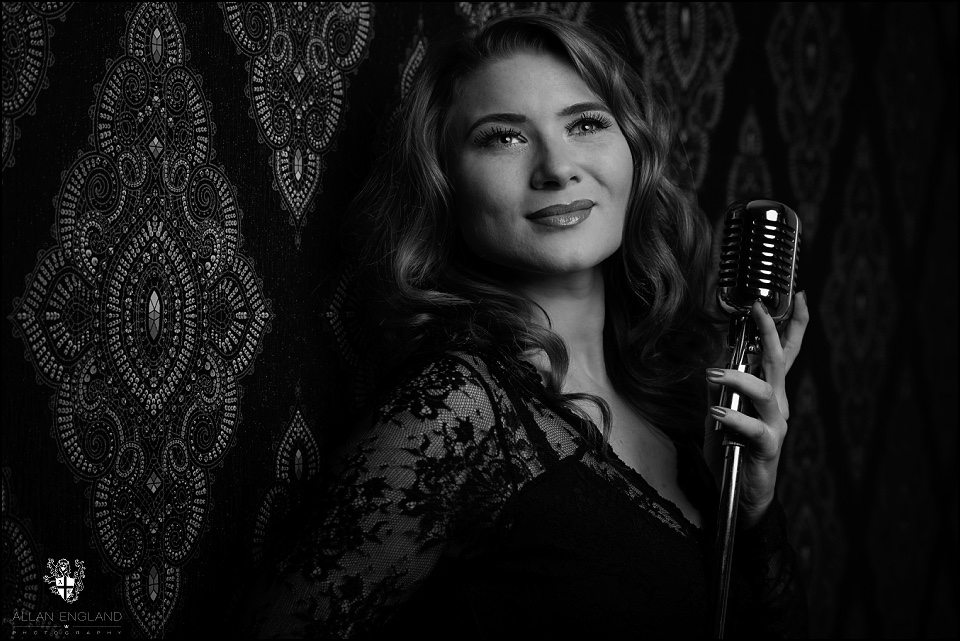 After studying theatre at the University of Warwick, she was awarded a BBC Fame Academy bursary to fund her post graduate studies at the Central School of Speech and Drama in London.

Emily has appeared onboard Cunard’s Queen Elizabeth & Queen Mary 2 as a lead vocalist, she has also toured the UK as a soloist in the Knights of Music hosted by TV favourite Phillip Schofield.  She tours the UK with a 1960s hit parade show – Goin’ Back, and a timeless tribute to the Carpenters as well as working internationally with Vintage singing groups The D-Day Darlings, The Bombshell Belles & The Hollywood Starlets.

Emily has performed as a soloist at prestigious concert venues such as the London Palladium, Birmingham Symphony Hall, Newcastle City Hall and The Other Palace.

Emily has an indiscriminate love of music and a wide range of repertoire to suit every musical taste.

“I Couldn’t help dancing around the studio to “Vacation” – in a different world transported back to the1960s!” – Trish Adudu BBC Coventry & Warwickshire Radio

“Congratulations on your triumph of a show! The residents are STILL going on about it and it was a complete sell out! I am keen to book in some more dates with you at request from our residents.” – Mel Teece Celebrating the Carpenters at Earlsdon Park Village 28th July 2017